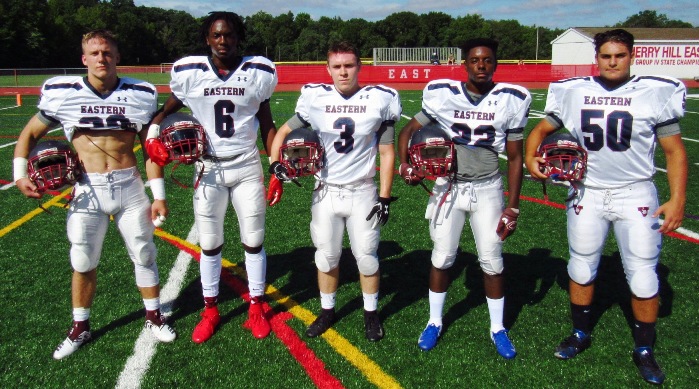 Also via Chuck Langerman . . . Dante Kiett, a Monmouth University recruit,
finished his career with 129 receptions good for 2,055 yards and 22 receiving
TDs. The 129 receptions is 9th all-time in South Jersey history and the 2,055
yards receiving ranks 16th in area history. He played at Camden Catholic
prior to the 2018 season.